The Purge was the title of the research project that took place at the Museo de Arte Moderno (MAM) in Mexico City. I investigated the theme of the the uncanny as a will to unravel aspects of architecture, archive, bureaucracy and interaction with the public space. La Purga questioned how subjectivity appropriates a place under strict control as a museum.

Remains left after a performance with a person practicing witchcraft in the surroundings of the exhibition space. The intention of the shaman was to heal contemporary art from its negative practices of socialisation. 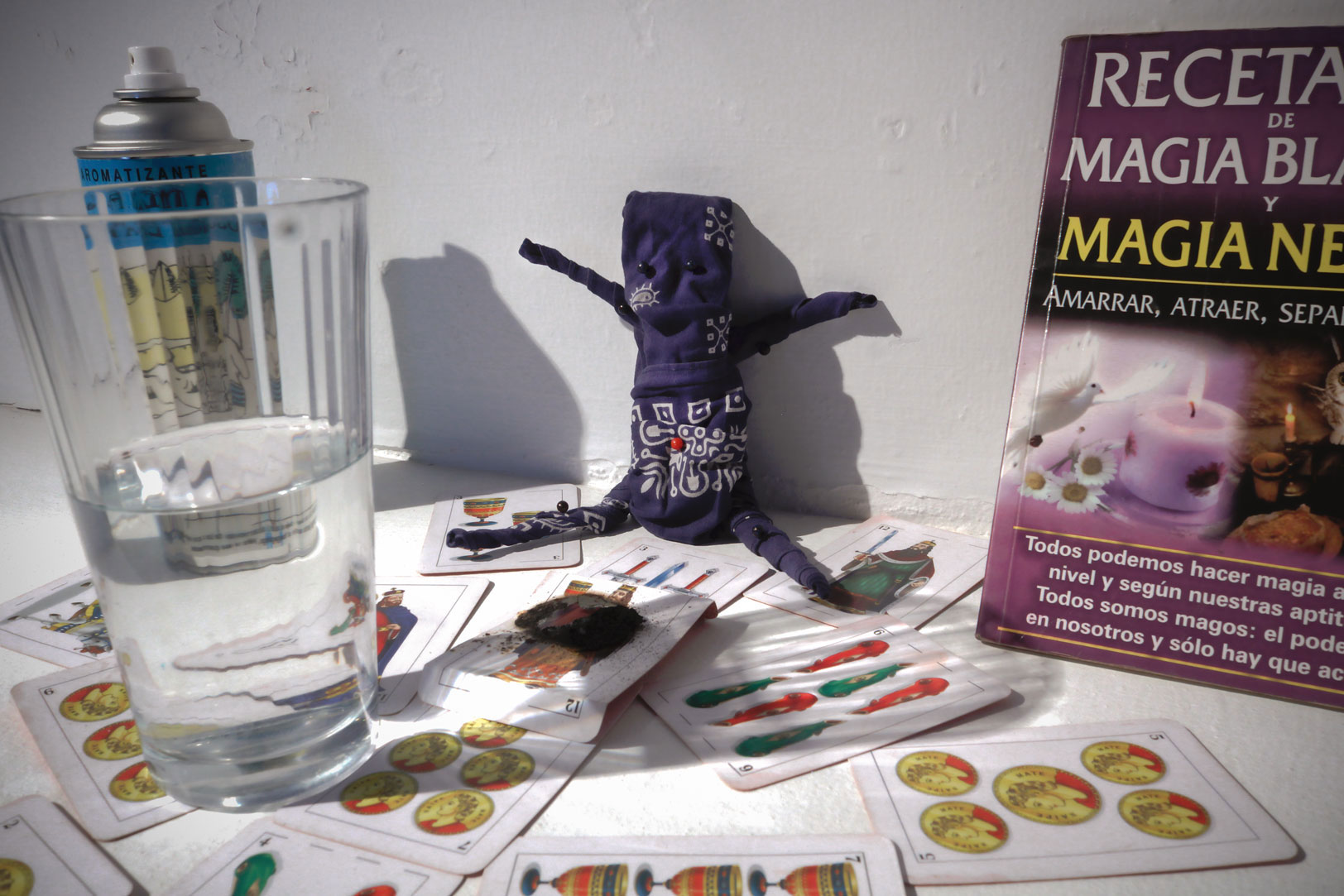 What is prohibited in the museum?

To close the show I decided to carry out the action of burning a portrait of myself painted by Manuel Mathar. After six months of work, the performance attempted a personal liberation of the regulatory system governing my actions inside the institution. 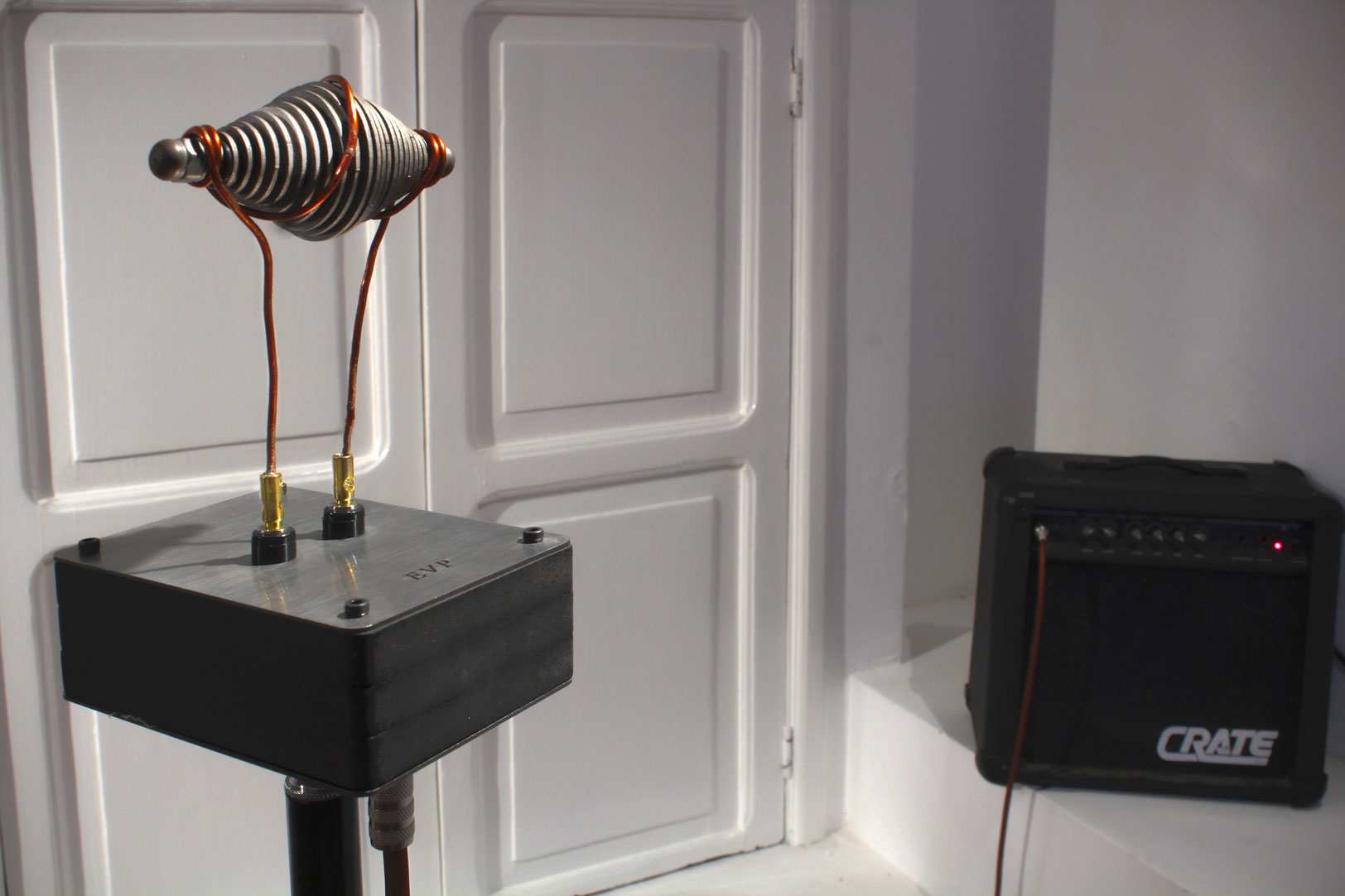 This action consisted in blocking the conventional entries to the museum while new ones were opened.

Printed invitation in which I infiltrated a typo approved by different bureaucratic instances of the museum. 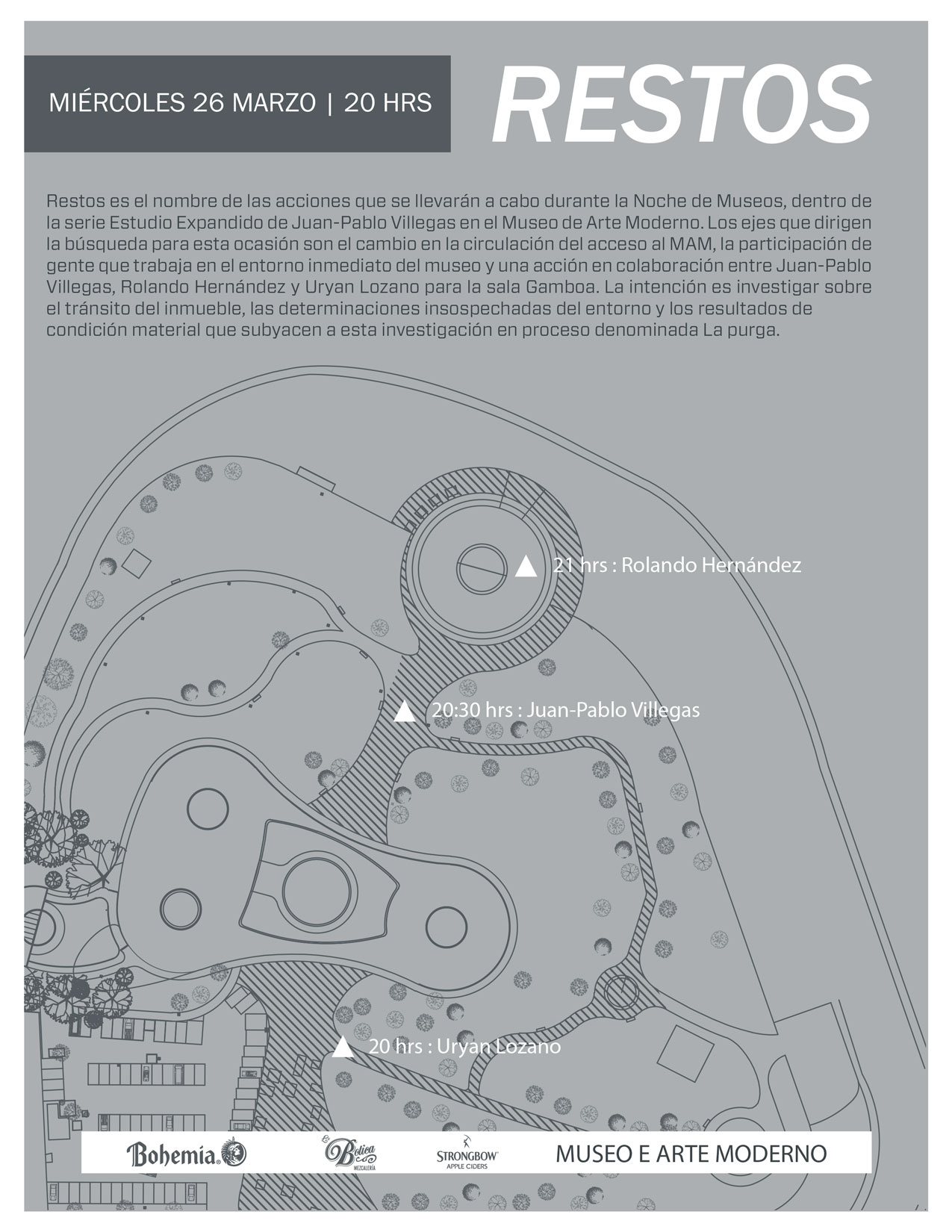 The panoramic window of the exhibition space is a frame to the exterior, in this video the everyday landscape appears rarefied.

Remains of the action by Rolando Hernández performed outside the exhibition space, the spectators could only see through the museum’s windows. Once it was over he entered and reproduced the recorded audio of what had happened outside.

A magician disappears cards with images of paintings of the MAM’s collection that have been borrowed or gone missing.

Situations -that according to the security employees of the museum- disrupt the everyday of the space.

Series of photographs printed on materials found in the museum’s cellar showing the state of the collection. 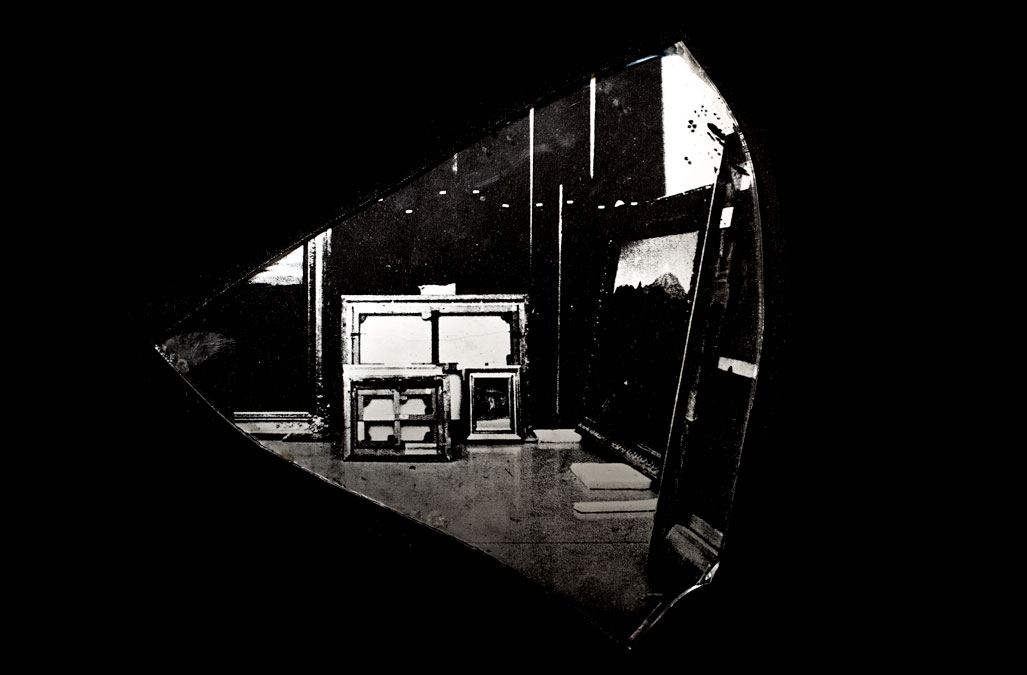